Sailing Sicily With All The Crew

From volatile volcanoes to sleepy settlements, the Sicilian coast has many moods. No wonder Mazen Nahawi and family keep returning to explore it, as he tells Diana Cacciottolo. 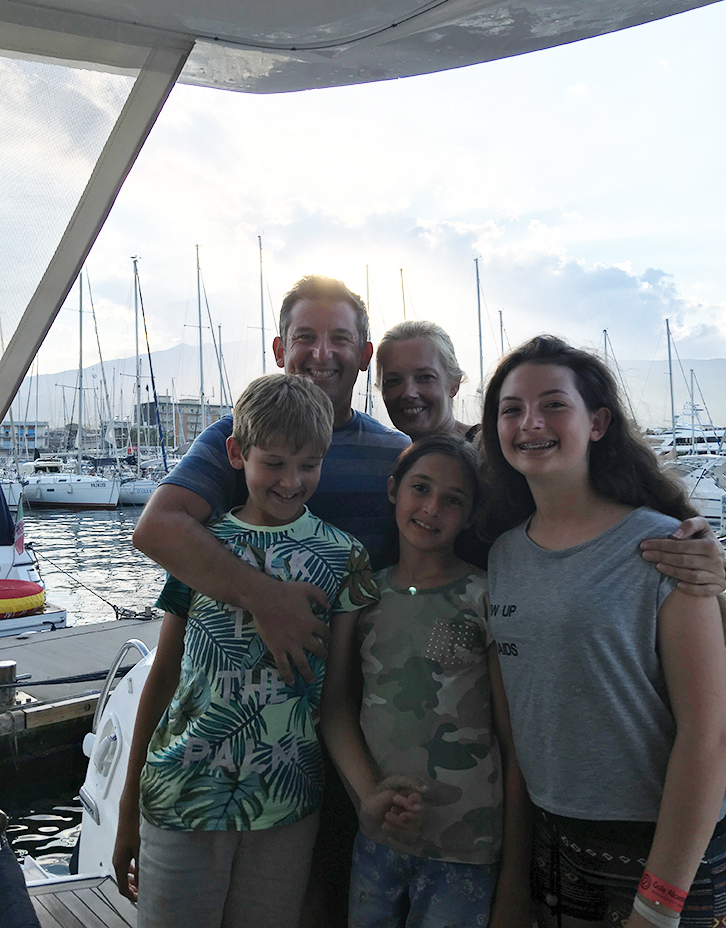 It is 10 o’clock on a summer’s night and Europe’s most famous volcano is erupting. Towers of red lava shoot from Mount Etna like a fiery fountain and flow down its slopes. 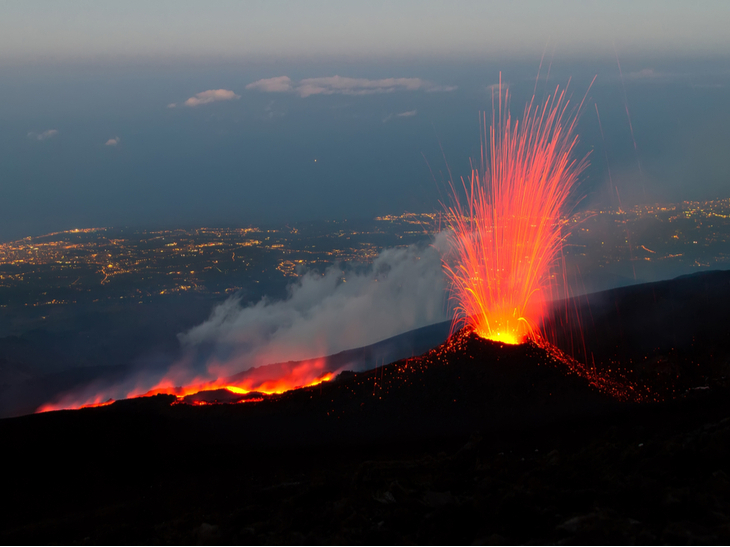 Watching from the deck of a yacht in the Mediterranean sea is the Nahawi family. The children, dressed in pyjamas, press binoculars to their eager eyes so that they don’t miss a second of one of Earth’s most spectacular shows.

‘It was incredible,’ says their father Mazen. ‘I was sitting on a 20-metre yacht, with a glass of wine, watching a volcano explode. The next day we took a helicopter over it to have a closer look.’

Every summer, Mazen, his wife Sarah and three of their six children, Amina (16), Noah (14) and Lara (12) explore Sicily on a two-week round trip that has become more of a pilgrimage than a vacation. 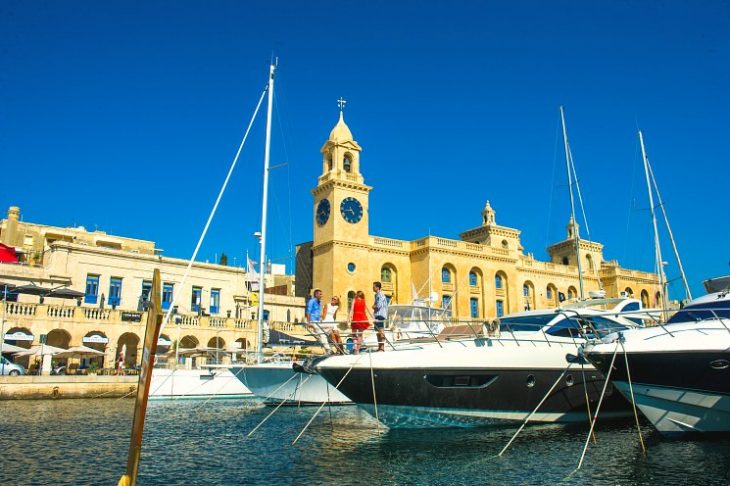 Some of the Azure Ultra fleet in Birgu Marina, Valletta Grand Harbour

It all started in 2016 when they were introduced to Azure Ultra’s fully-crewed charters and fleet of Sunseeker motor yachts based at the Grand Harbour marina in Malta.

Unlike most guests who charter a yacht with Azure Ultra, the Nahawi family have actually never sailed around the Maltese islands despite the archipelago’s many popular destinations. They prefer to ‘go long range’ on a Sicily yacht charter, cruising 60 nautical miles before their first port of call, charming Marina di Ragusa on the southernmost part of Italy. 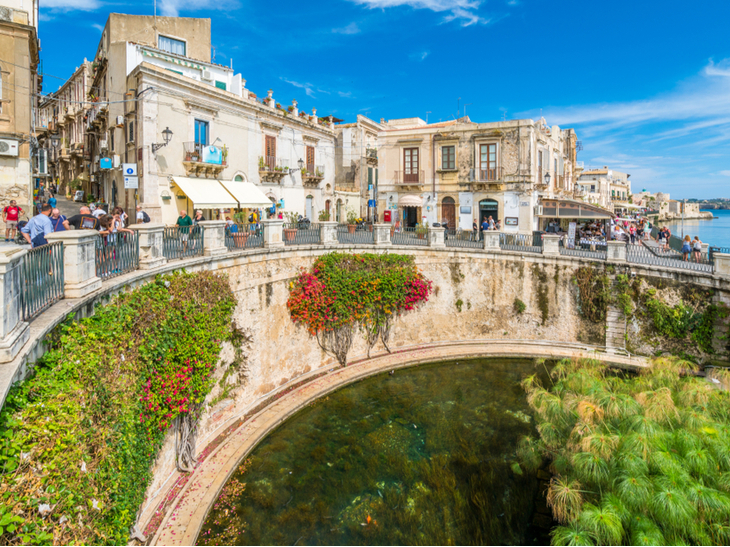 From there, they cruise up the eastern coastline of Sicily, stopping off at the historic city of Syracuse, taking time out in hilltop-built Taormina and then onwards to the beautiful ancient coastal village of Cefalù in the north. There they stop, stroll the old medieval town dominated by a fascinating Arab-Norman World Heritage cathedral, before turning around and doing it all again in reverse. 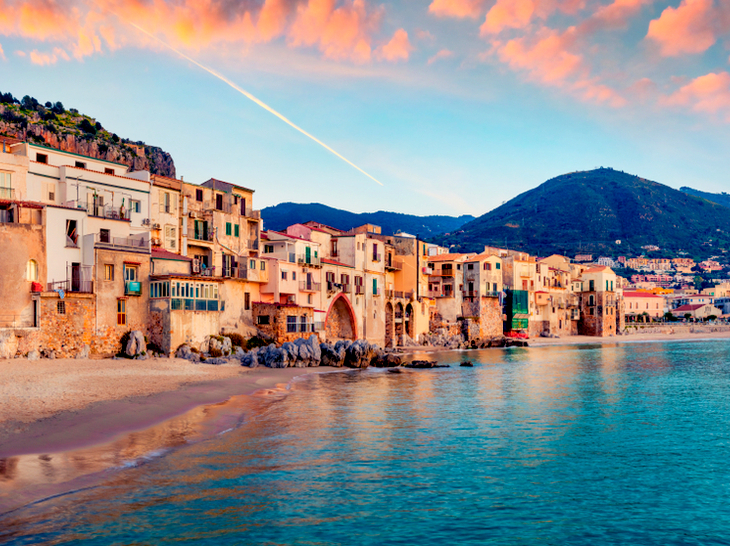 ‘Every day is an adventure, on and off the boat,’ says the 44-year-old.

‘Nature is so spectacular in Sicily. You’ve places with sandy shores, rocky shores, caves, cliffs and mountains and then of course Mount Etna. There are incredible vineyards —Sicilian wine is exceptional.

‘Every Italian village or town is some kind of magical story unto itself. Some are full of life; others half abandoned.

‘One of my favourite places to visit is Castiglione di Sicilia. It's a small village, which used to be a big town in the centre of Sicily. It was home to 10,000 people before the war and now there are about 1,000 left and so it is largely abandoned.

‘It has views of Mount Etna, and the small town square has the best home-made pasta and beer you will taste.’ 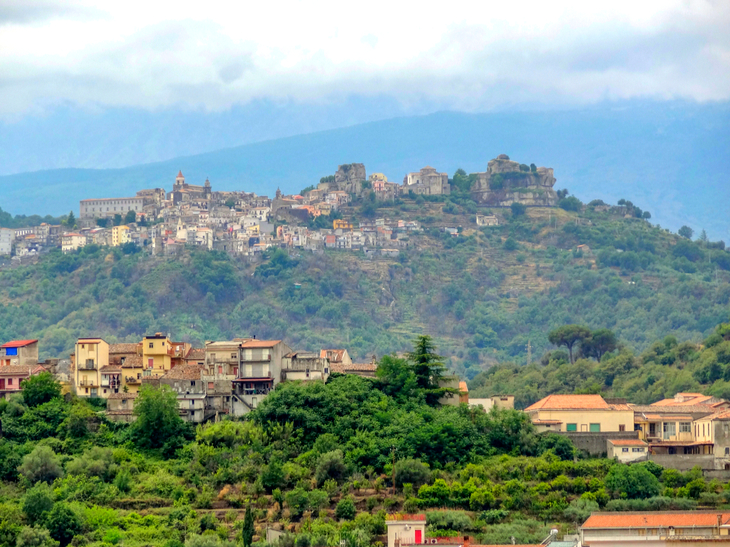 The family usually explores Sicily and its cuisine during the evenings once the weather has cooled down, preferring to spend their days living the maritime life in luxury on the shimmering Mediterranean sea.

Morning starts with the smell of Italian coffee, brewed by the crew, who serve it alongside freshly baked croissants out on the deck.

‘Living on a boat is unlike any other experience you can have,’ says Mr Nahawi. ‘Even though the boat’s interiors are large, you need and want to be outside. So you have your morning coffee on the deck and instead of reading the paper, you go out for a swim. 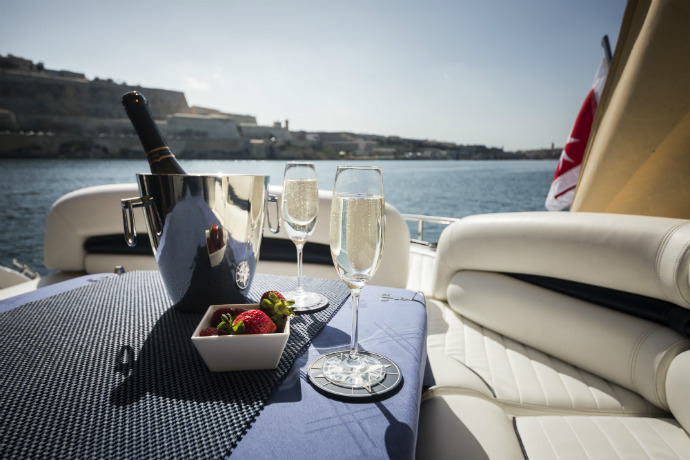 ‘Then you might have a mid-morning glass of champagne. Lunch is freshly-cooked seafood for most of us, and fresh, vegetarian food for Sarah. You are between the big blues – the sea and the sky. There is nothing like it. As far as we’re concerned, that’s the life. Then, at a moment’s notice, it could rain, and you’re inside playing card games and watching Italian soap operas!’

One of the reasons the Nahawis enjoy the experience with Azure Ultra so much is the fact that the luxury yacht charter is fully tailor made.

‘It is customised to us in every way, the food, schedule, the pace, everything. The crew accommodate us and in all three trips, has been very attentive.

‘For example, in preparation for our trip, the crew even drove around Sicily at one point so that they could make recommendations of the sights. Every year, they revisit the itinerary to ask what we enjoyed and what we didn’t to make sure each year is better than the last.’ 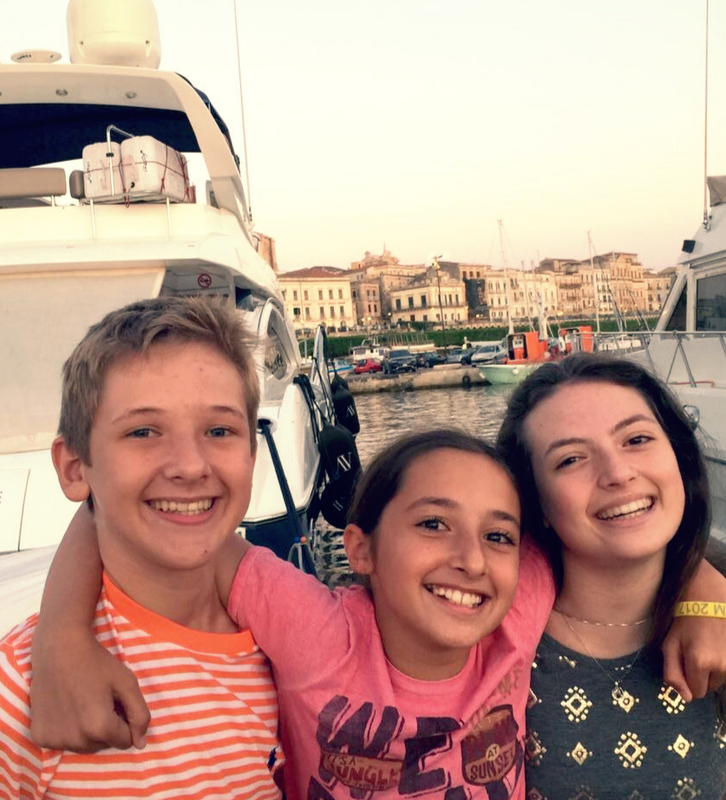 Children of the sea

While the charter is fully crewed, the family love to get involved and feel part of the team by lending a hand and learning about life on board. Noah loves to help with the crew, who teach him about fenders and ropes, while Lara enjoys sitting with the captain and learning about navigating. But the experience has had the biggest impact on 16-year-old Amina.

‘She now wants to become a marine biologist,” says her father. “Every year we see dolphins, swordfish and all kinds of birds. We swim down 10-15 feet and see coral and marine life.’ 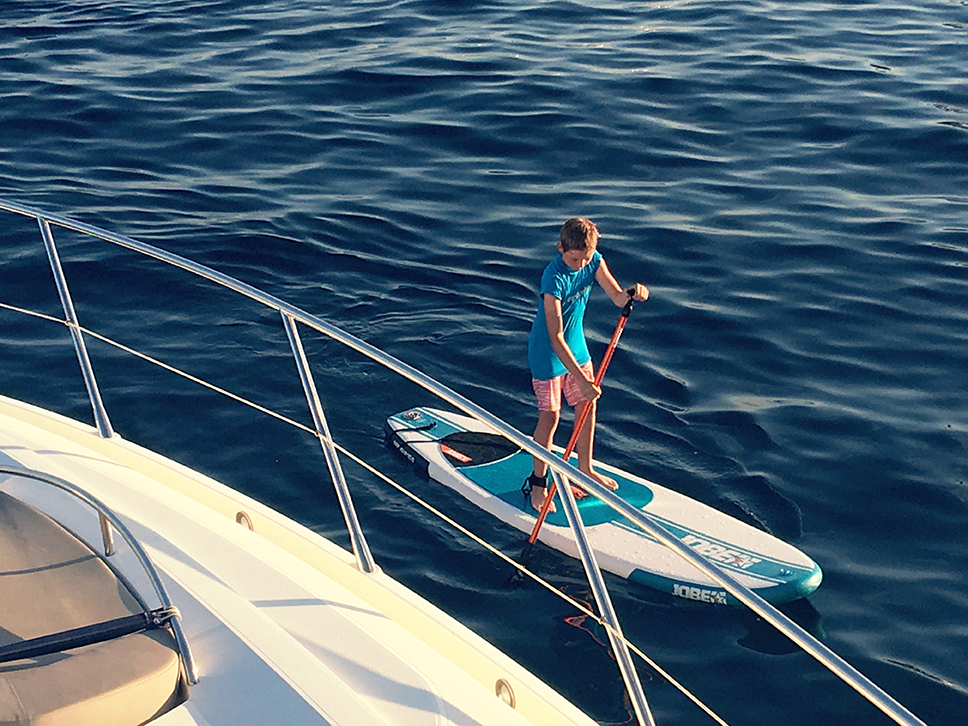 The family also enjoy the watersports on offer, whether that’s a sundown kayak or going diving off the boat.  And of course, the main benefit is that the holiday brings them together.

‘From the first time we took the yacht out in 2016, it’s been a highlight of our holidays. This is special because we are so close to nature and as a family we are close together with minimal disruption.

‘It’s healthy – we are physically active. I go out for a morning jog whatever marina we are in, for example.

‘It’s just feel good from the moment you wake up until the time you go to bed.” 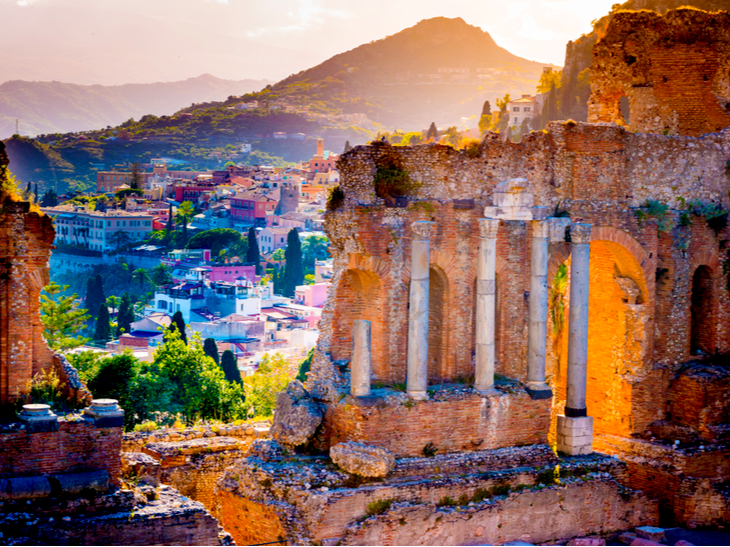 Azure Ultra has created a series of unique itineraries for 2019, carefully designed to inspire connoisseurs of leisure to create something personal, and unforgettable, of their very own. Based on feedback from guests like the Nahawis, Azure Ultra has curated eight Mediterranean experiences for 2019, in order to give guests an inspiring flavour of varying styles of charters and which can be tailored to fit their exact requirements.

Get in touch with an Azure Ultra charter executive for more information or to discuss a private yacht charter itinerary you’d like to personalise. Call +356 2778 2500 or email info@azureultra.com 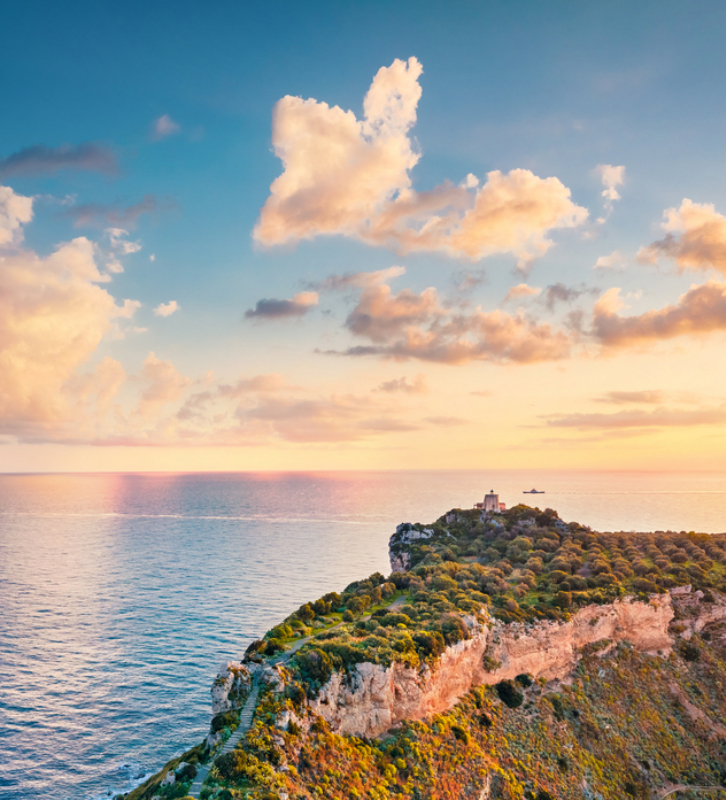 The Tropean Trip: 8-day charter to the east coast of Sicily for secret Calabrian beach town of Tropea perched above the Tyrrhenian Sea on the Coast of the Gods. Optional excursion –Taste the Calabrian Countryside. 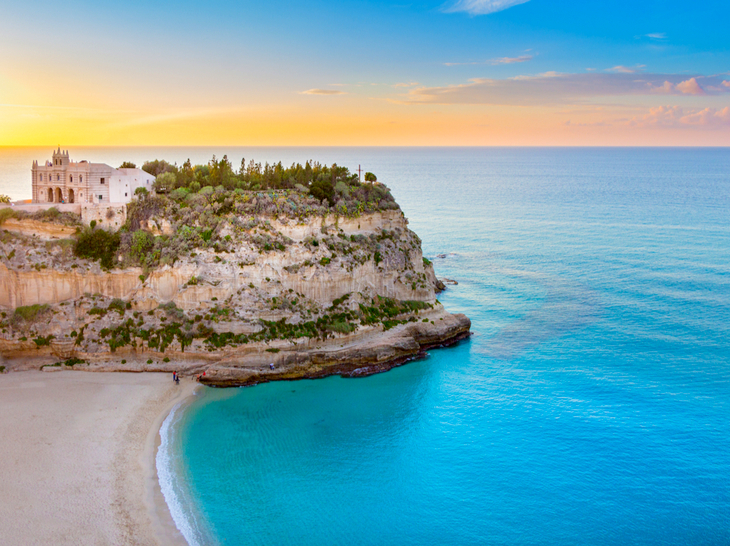 Tropea, Coast of the Gods

The Spirit of Sicily: 4-day charter including city of Syracuse, Taormina and charming fishing villages of Riposto and Marzamemi. Optional excursions – Godfather vs Mafia Tour and Sicilian Lunch; Cannoli Making; and a Mount Etna and Alcantara Tour. 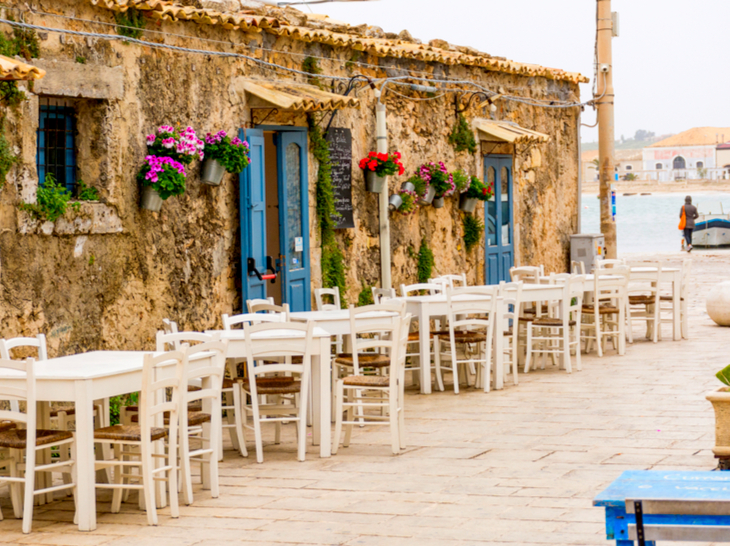 Restaurant in the fishing village of Marzamemi 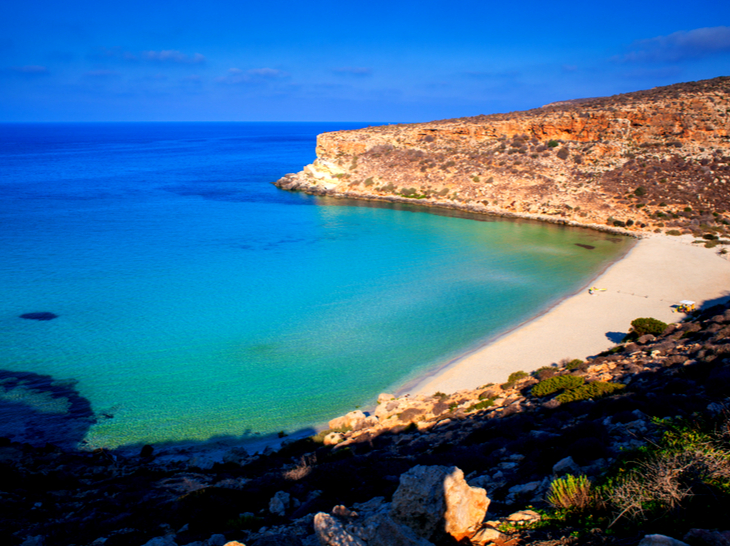 All Azure Ultra itineraries include charter price, fuel costs, marina fees and overnight crew rates as well as any associated crew accommodation costs that may be required. 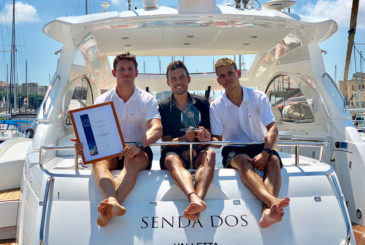 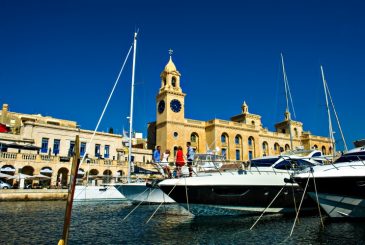 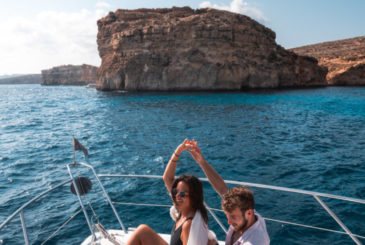